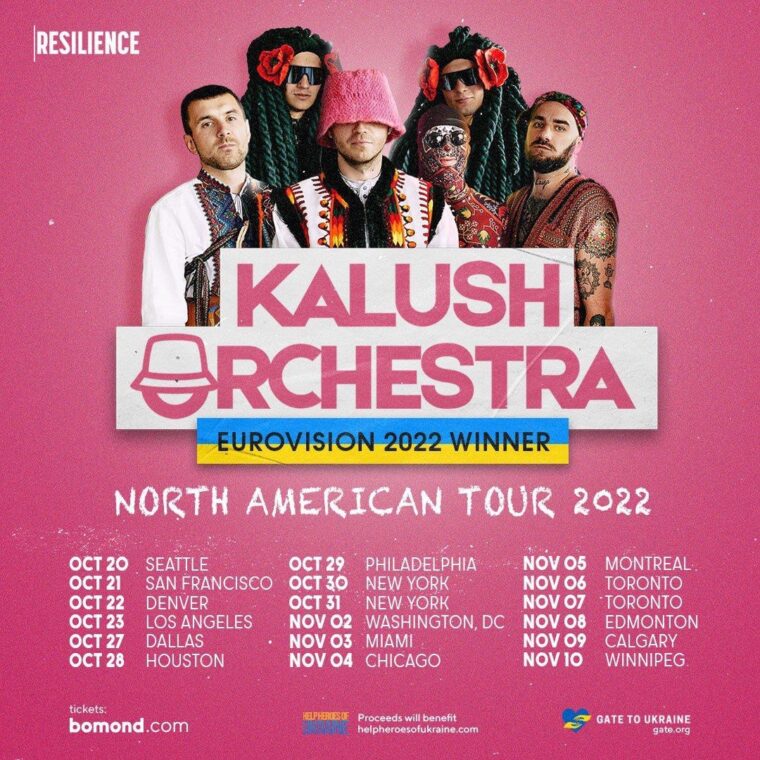 In just over a week, the winners of the Eurovision Song Contest 2022, Kalush Orchestra, will commence their huge tour of North America – raising funds for Ukraine.

Since the start of summer, the band have been actively touring around the world. Not only performing, but also talking about the war in Ukraine; spreading awareness and ensuring the world does not forget or get used to the atrocities currently taking place there. They have raised 1.5 million US dollars in the process.

The band display a unique QR code at all of their concerts, which everyone in attendance can use to donate to the official State Fund.

“This is the first trip for our band to the USA and Canada and we can’t wait. We have to show the whole world how strong Ukrainians are and convey this through our music! Our goal is for Ukrainian music to be heard all over the world, so everyone can learn more about our unique culture. We want as many people as possible to know about our tour, come to concerts and donate to the Ukraine aid fund. We went around almost all of Europe and collected 54 million hryvnias to support Ukraine! Now our goal is even bigger — to do it in the US and Canada! More visitors to our concerts means more donations, and this is a significant contribution to the acceleration of Ukraine’s victory over the enemy!” – says the frontman of Kalush Orchestra, Oleg Psiuk.

There is a little more than a week to go before the start of the tour, with many of the dates having already sold out and additional dates now added in New York and Toronto.

Kalush Orchestra invite you to come to their concerts and donate, to accelerate Ukraine’s victory in the war with Russia.

The group also raised funds for the Armed Forces of Ukraine at the end of May, when they auctioned off their Eurovision winners trophy – raising $900,000. They also held a raffle for the iconic pink bucket hat Oleg Psiuk wore on the winning night. With 31,000 people entering, the band raised over 11 million Ukrainian hryvnia (Almost $300,000).

On the eve of Ukraine’s Independence Day, August 23, Kalush Orchestra announced a fundraiser for the defenders of Mariupol, asking each person to donate from as little as 24 hryvnia (less than $1) across 24-hours – raising 5 million Ukrainian hryvnia in the process. 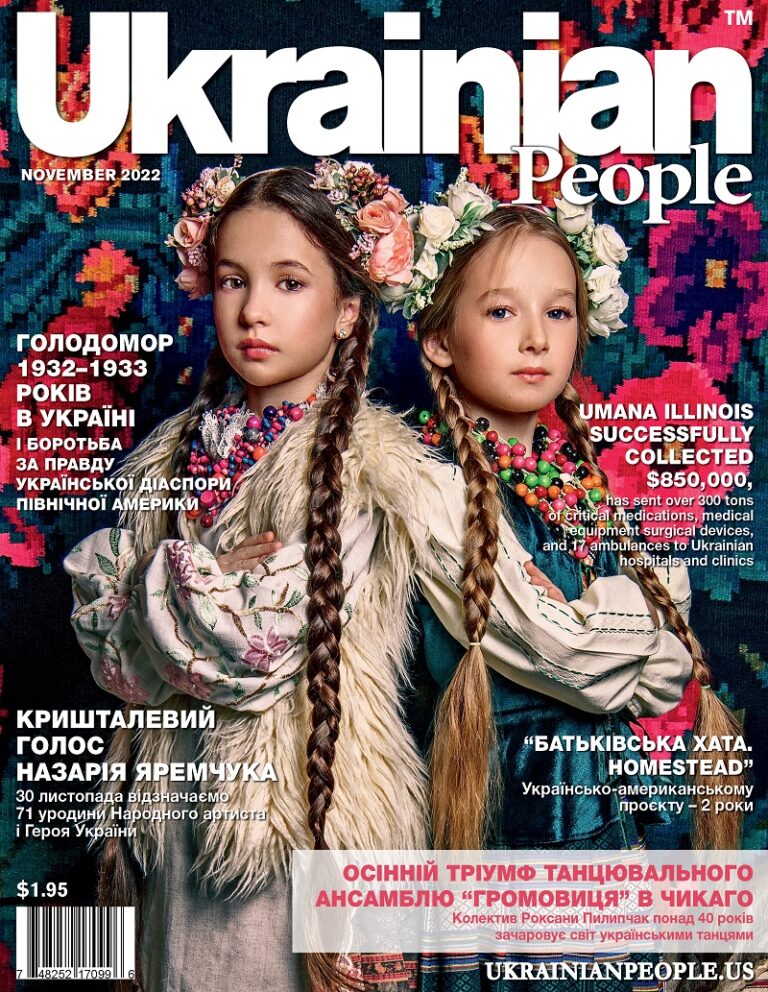 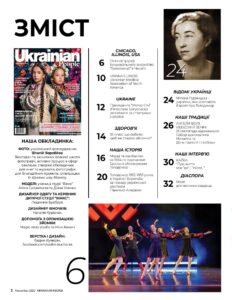