Головна Events Can We Handle This Much Fun? 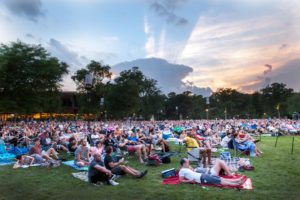 Hello again, my friends, thank you for coming to find our adventures for this month.  There is so much to do, it can be quite overwhelming, but ever so much fun!  Let’s get a headstart on July, shall we, at the fabulous Windy City Ribfest!  Meet us on Saturday, June 30th, then again on Sunday, July 1st, right at Lawrence & Broadway, for great music, creative craft displays, inspired artwork, areas for the kids to have their own fun, and properly cooked BBQ ribs. There will be barbecue specialties from all over Chicago, from Texas and even Australia, yes, Sydney Australia. Mmm, mmmmm, mmmmm, aren’t those delicious?  http://exploreuptown.org/ribfest

This is Uptown, full of history, Chicago style, so while we’re here, let’s do some exploring, shall we?  There is the Green Mill, originally a roadhouse, then a nightclub, and, of course, a “speakeasy” for Al Capone and his gangsters during Prohibition.  There were (perhaps there still are?) rooms and tunnels beneath the bar, so Al Capone, Jack McGurn, and the rest of the “Chicago Outfit” could escape notice when the cops arrived.  The legends say the tunnels led right to the basement of the Aragon Ballroom, and not only is it still standing, it’s still in business as a concert and music venue with room for thousands of fans. But before we get to the Aragon, take in the Green Mill, now a jazz and poetry club with brilliant acts in a dark, wood-paneled club with great sound and a relaxed atmosphere.  Who’s playing?  Are we staying?  4802 N. Broadway, http://greenmilljazz.com/

Before we go back and eat a few more ribs, and take in the outdoor stages and art displays, walk with us for a while and we’ll stroll past the Riviera nightclub, just a few doors south of the Green Mill, just to look at another beautiful structure built over 100 years ago, and still going strong today.  Originally one of the grand cinemas built by Balaban & Katz in 1917.  I love these old theaters, don’t you? So thoughtfully beautiful, inside and out…  4746 N. Racine, https://www.rivieratheatre.com/ 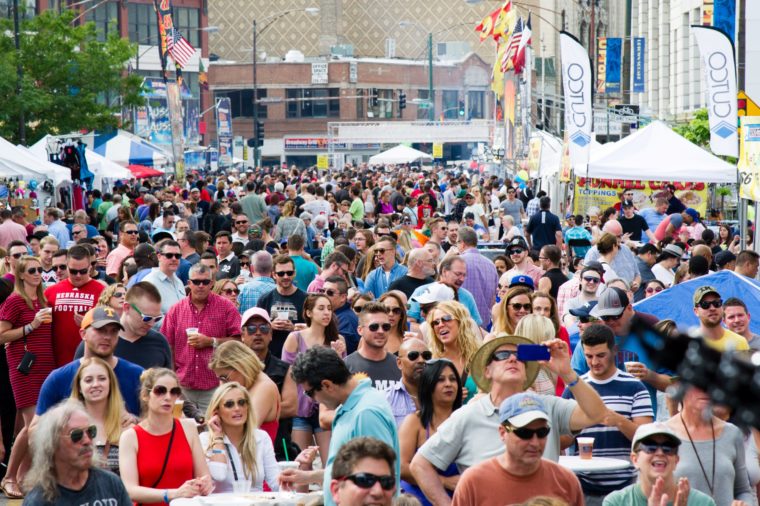 Holy cow, that was a lot in just two days and in just two more it’s America’s 242nd Birthday!  Time to celebrate, indeed.  Especially in these troubled time we need to remember the men who wrote the Declaration of Independence, and unanimously signed it, pledging “our lives, our fortunes and our sacred honor” to the brand new path of democracy and liberty.  Too many Americans, it seems to me, have forgotten that “all Men are created equal, endowed by their Creator with Inalienable Rights,” and now is a time to remember that.

It’s also time to gather with our neighbors, friends and families, watch parades and fireworks, and listen to energetic and uplifting music. On the 4th, which is a Wednesday this year, let’s meet after work and head to the concert in Pritzker Pavilion; it promises to be exciting and uplifting with a full array of concert favorites, ranging from John Williams’ Liberty Fanfare, through Sousa’s Belle of Chicago and even Tchaikovsky’s 1812 Overture.  The concert ends at 8:45pm, which gives us almost an hour to walk to the Lakefront, and wander north towards Navy Pier and one of the world’s best fireworks displays. The Pier itself will be at full capacity and the gates closed (that happens every year on the Fourth of July), so we’ll just find some comfortable spots, with spectacular views, and see it all from there.  Oh boy, we’re going to be tired at work tomorrow.

We are not done celebrating yet! On the weekend, let’s head to Hoffman Estates, IL, to catch the  Northwest Fourth Fest. Starting on the 4th of July, of course, and continuing through July 8th, on the very spacious grounds of the Sears Center, there is a huge carnival every day, full of rides for the kids, and us adults, too.  We’re taking the nieces and nephews on Saturday, and staying for another spectacular fireworks display, this one starting at 9:30 and featuring a state-of-the-art computerized show that is sure to dazzle the kids, and I freely admit that I turn into a big kid when flashes and colors and bangs begin. The fireworks are visible from anywhere on the grounds, which is great, no worries over seating.  5333 Prairie Stone Pkwy. http://northwestfourthfest.com/ 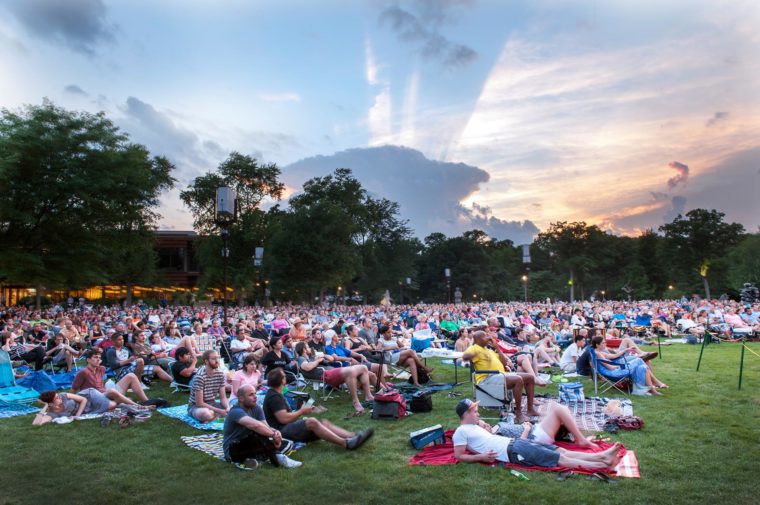 Did you know that parks throughout Chicago have “Movies in the Parks” nights throughout the summer?  Tuesday July 10th, in Ward Park, we can go see Back to the Future!  Oh boy! Ward Park, officially “A. Montgomery Ward Park”, named after one of Chicago’s greatest retail entrepreneurs, founder of the first large scale mail order house, and determined defender of Chicago’s Lakefront, is located at 630 N. Kingsbury St. This is one of my all-time favorite movies, and we intend to be visit this quiet, little 5 acre park on the Chicago River, after grabbing a bite after work in the neighborhood, maybe at The Green Door, Chicago’s oldest tavern (complete with hidden speakeasy in the basement),   where the prices are reasonable, the burgers and sandwiches delicious (and huge), and we can learn about one of the few wooden structures built in Chicago after the Chicago Fire that is still standing, some 100 years later.

Visit https://www.chicagoparkdistrict.com/movies-parks to find any of the movies playing at a park near you.  Really, check this out, the movie list and locations are amazing. You’ll find comedy, romance, adventure, newer blockbuster titles such as Wonder Woman, old favorites like Raiders of the Lost Ark, and family movies Coco and Paddington2.

The Flaming Lips (how’s that for a band name?) is in concert Saturday, July 14, at the Petrillo band shell, in Grant Park, and lawn seats are always free.  This is a weird group, with album titles such as Yoshimi Battles the Pink Robots, described variously as “alternative rock, psychedelic rock, post-punk, or experimental rock.” Their concerts are flamboyant, loud, often filled with confetti and occasionally fireworks, and are definitely not for the kids.  I really like these guys; I’m looking forward to finally catching them live.  If this sounds intriguing, join me, please! 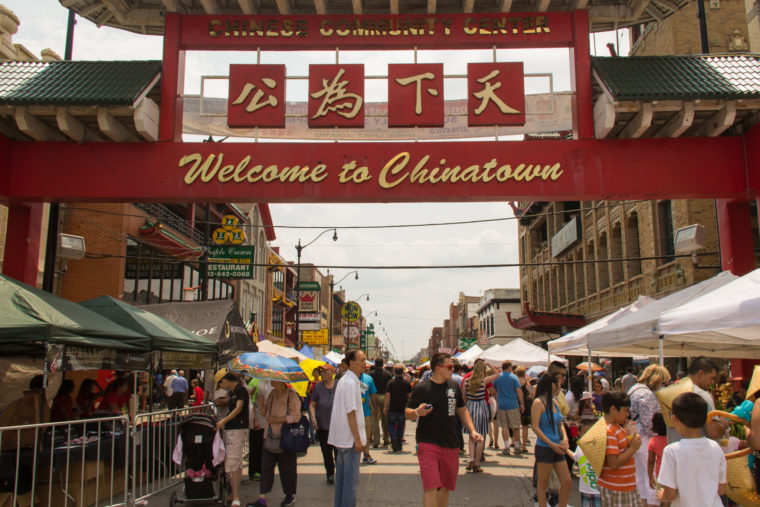 You know, we haven’t been to Chinatown in ages.  Let’s go!  The Chinatown Summer Fair is Sunday, July 15, and starts at 10am while a colorful, dramatic, and unique procession will really kick things off at 12:30, and go down Wentworth Avenue from Cermak Avenue to 24th Place.  Let’s be sure to find a good spot to watch as the Lion Dance goes by. Then there’s the official “Welcome” ceremony, Asian performances, kung-fu demonstrations, lots and lots of samples from the many fabulous restaurants, street exhibits from the gift shops, artists and crafts-people that characterize Chicago’s Chinatown.  There’s even a petting zoo, complete with pony rides, so this is another very family friendly event.  There are far too many intriguing, delightful Chinese restaurants here to begin to name even a few of the best – how do you choose from so much delicious goodness?  Well, OK, I’ll let you in on my secret – the food at Lao Sze Chuan is incredible, better even than the meals I had when visiting Hong Kong and Taiwan many years ago. This isn’t really a secret, is it?   Tony (Xiao Jun) Hu is a celebrity chef as well as the owner, and Lao Sze Chuan has grown across the country to nine locations, and won award upon award for culinary excellence.

But here is where it started, and here the food, the attention from the wait staff, the decor and atmosphere, the wonderful smells, they all come together in spectacular fashion.  There are too many choices, but it doesn’t matter.  You can close your eyes and point at something, it will be good, really really good. This is where we going, my friends.  I’ve already made reservations. 2172 S. Archer, https://www.laoszechuanusa.com/

It’s SUMMER TIME, folks, and we need to get out of town, at least for an extended weekend.  Did you know that in Illinois we can explore the archaeological site where the most advanced civilization north of Mexico flourished for hundreds of years?  Cahokia Mounds, located on the Mississippi River, is now a preserved historic site that is well worth exploring, so let’s take a long weekend and go.  Holy cow, there are almost four square miles of city here, 2,200 acres; it’s all so amazing and mind-boggling to try to understand how these people first settled here, grew their city and civilization, and eventually declined. It’s believed that in about the year 1250 over 20,000 people lived here, and the city was larger than London at that same time. Bring your best walking shoes, and be ready to learn many, many new things about Illinois that happened well before Columbus arrived. 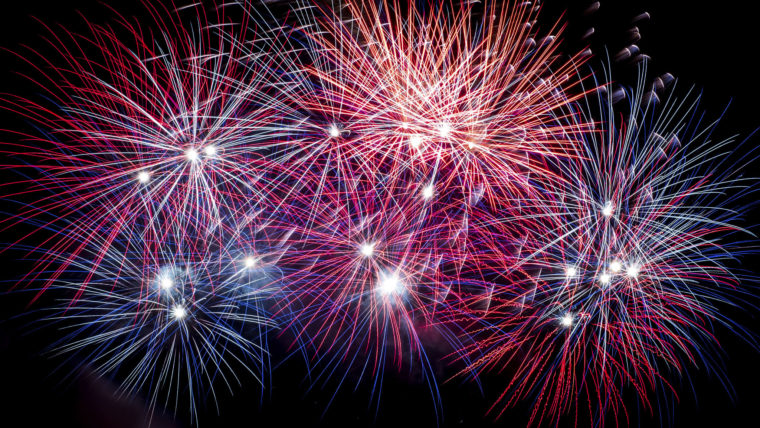 Back in town, let’s end this wild month with a bang, shall we?  Wicker Park Fest returns to Chicago July 27th ,28th and 29th, and the street fair and music make this one of the best fairs in the whole city each year.  There’s four main stages, so the music always has something for everyone.  There’s good food, of course, and the artistic, fashion, and craft displays combine with a smooth, mellow mood and a venue that is fun, open and sunny, yet with lots of shady areas for when the sun gets too hot.  Plenty of things for the kids to do, and many of the art and craft displays will also grab their interest.  Wicker Park Fest.

Whew, I’m exhausted from so much fun.  But August will be upon us soon, so I think we’ll just rest up a bit, before running headlong into August.  Until next month, dear readers, have more adventures!