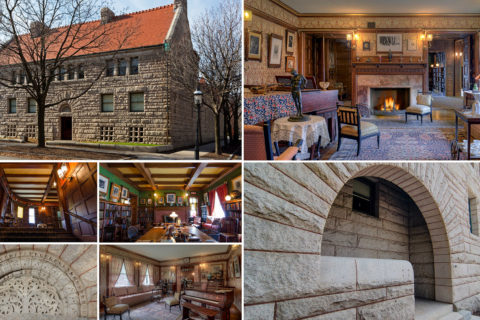 It’s March, my fellow Chicago Adventurers.  Spring is coming!  Days are longer! Another month of adventures lies before us, so lets’ get started, shall we? 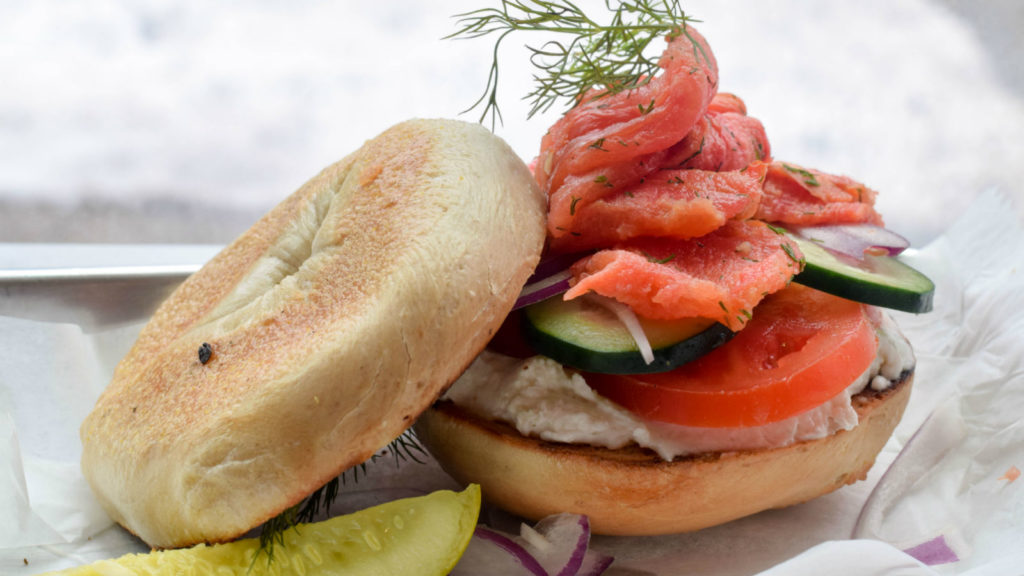 I just found out about this vegetarian / vegan place, Sam & Gertie’s Deli, 1309 W. Wilson Ave., Chicago, and I really want to try it out.  Yeah, I know, we’re not usually vegetarian types, but come on, it’s the “world’s first vegan Jewish deli”. This will be a great new way to start out the end of winter.  Please join us this Saturday, March 7th, for lunch. The menu is filled with stuff I’ve never heard before – LAKS and Baykin – they’re apparently vegan substitutes for lox and bacon. Hmm, I’ll have to try one of those.  There’s also various bagels and a bunch of things I’ll have to ask about, because somehow there is pastrami on the menu.  You’re up for this, right?  http://www.samandgerties.com/ 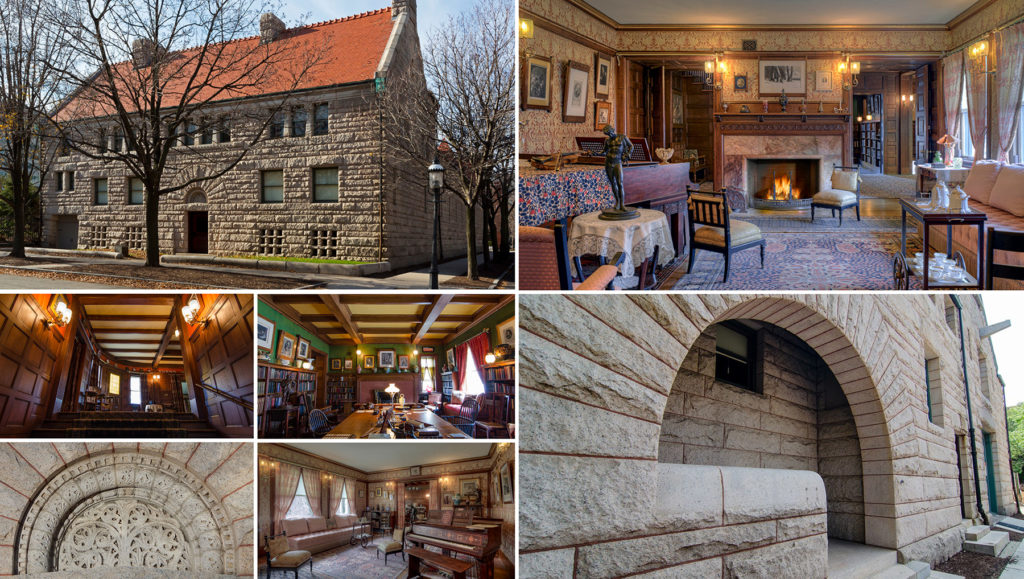 As long as we’re this far north, let’s go just a bit farther, up to the Baha’i Temple, at 100 Linden Ave., in Wilmette. It’s right across Sheridan Rd. from the Lake, easy to find, and you won’t miss it, just follow us.

Have you ever been inside? The outside is a true architectural masterpiece, just look at the way the pillars, arches and dome work together to create such a visually beautiful structure. When we look closer we’ll see the intricate work done throughout, and inside we’ll learn that the whole thing is designed to reflect the very principles upon which the Baha’i faith is based. It took fifty years to build this place of prayer and worship. Whether you follow the Baha’i faith, or even know anything about it  doesn’t matter.  This place is beautiful, calming, and inspiring, no matter what your faith is.

We can learn some of the history of this much persecuted faith in the visitors center in the lower level.

This evening, we’re heading back down to the Ukrainian Village neighborhood, to the Empty Bottle, 1035 N. Western, where, starting at 8:30pm we’ll hear the sounds of The Make-Up, a “post-punk” band from Washington DC, followed by the softer, more melodic music of Deadbeat Beat, “two guys and a girl” from Detroit. 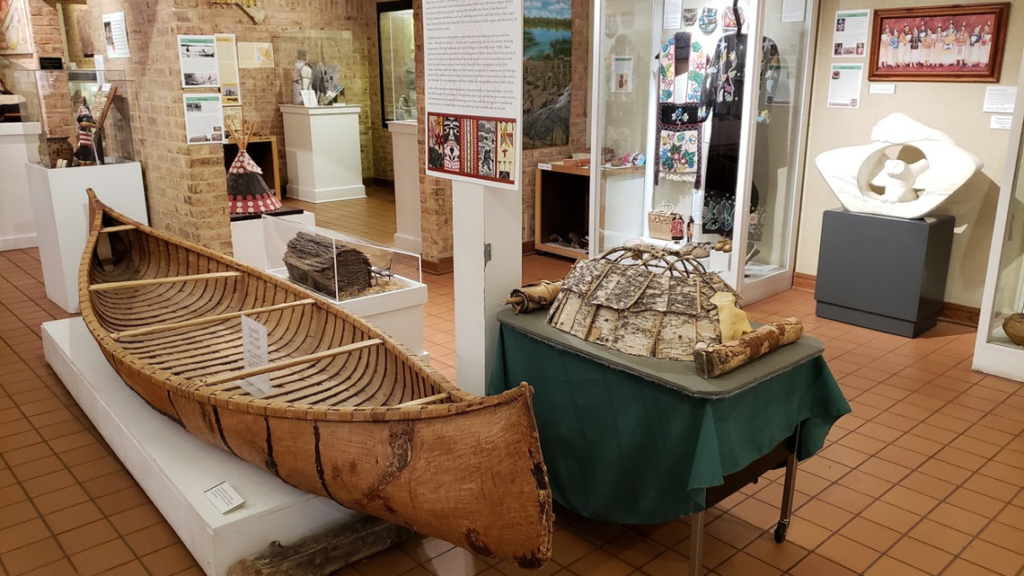 No, we’ve never heard either of these groups live. Their online stuff seems to be rather good, and what the heck, it’s not really an adventure if you already know what to expect, right?  This isn’t bad. It reminds me a lot of going to hear bar bands when we were in college. Remember those days?

This Saturday, March 14th, Chicago will be celebrating St. Patrick’s Day, we’ll be right there, joining in.  Yes, I’ll have green beer, what the heck, it’s a tradition.  The parade starts off at 12 Noon, along Columbus Drive from Balbo Dr. up to Monroe St. It’s always crowded, so let’s take the “L” train downtown, walk over to Columbus, and meet there about 11:15 or so? We’ll find a good place to stand and watch the many floats, the Shannon Rovers pipe band, dressed in full regalia, and all the other parade participants proudly showing their Irish heritage.  Today, in Chicago, everybody is Irish. 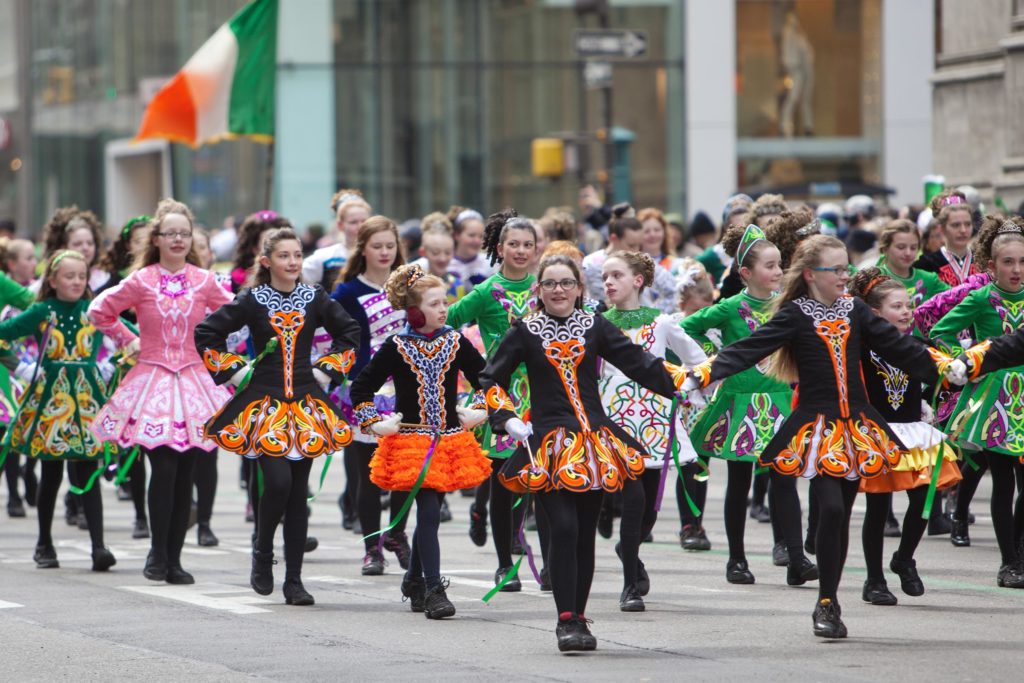 Did you see them dye the Chicago River bright green?  I know, they do it every year.  It doesn’t matter, I’m always shocked at how that always muddy, murky water turns so quickly to such a bright green. As long as we’re here by the river, let’s walk up the Riverwalk for a while, catch a few sights, watch the boats go by, then we can see what the special offerings are at O’Briens on this especially Irish day, hmm?  It’s right here, just east of Wabash, at 45 East Riverwalk South. www.obriensrestaurant.com

Well, that’s enough adventure for us for the day. Will we see you tomorrow?

Tell you what- today, Sunday March 15th, let’s have a late breakfast-brunch sort of meal shall we?  Walker Bros., The Original Pancake House, 153 Green Bay Rd., Wilmette, Illinois, has some of the absolute world’s best food, and you don’t have to believe me: they were featured on Food Network’s show, The Best Thing I Ever Ate!  How’s that for a solid testimony? This place is also charming and feels inviting, with stained glass panels all around and unique lights over all the tables.

The bacon & cheddar omlette may have been featured on the show, but I’m ordering the apple cinnamon pancake, just look at the size and smell the apples and cinnamon! Mmmm, mmmm, mmmm. Omlettes, pancakes, salads, sandwiches, various specialities are all on the menu and all of them are delicious. Yes, I’ll share my apples if I get a bite of your omlette.  See? I told you this is worth it. http://www.walkerbros.net/Wilmette.html 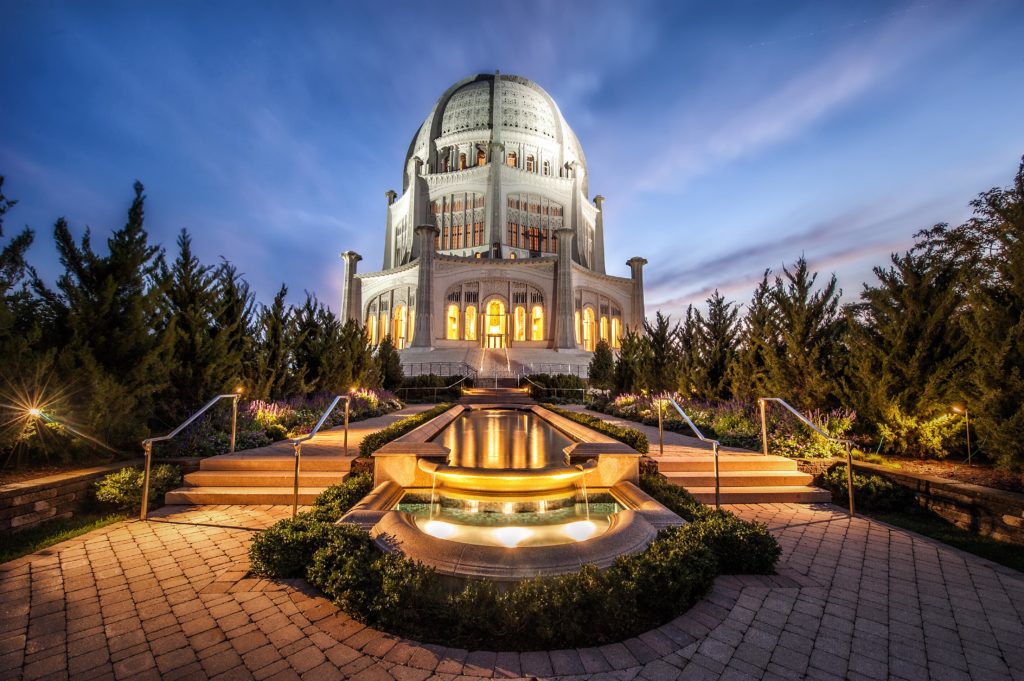 From here let’s pay our first visit to the Mitchell Museum of the American Indian, 3000 Central St., Evanston, Illinois. While the museum has been open for 40 years, I only learned about it recently. They have over 10,000 objects in their care, and many are on display in their current and permanent exhibits. Let’s head to the Connecting Cultures exhibit and learn just a bit about the 1,100 different cultures, from across the US and Canada, that are featured. It’s beautiful, it’s history, it’s still everyday life for thousands of Illinoisans. WOW! Isn’t that powerful? We have to come back.

Hey LOOK, it’s already Friday, March 20th and it’s finally the First Day of Spring. Grab your family, or your special someone and go celebrate, and no, tonight, we won’t be joining you. We have plans.

Saturday, March 21st, let’s head down to Hyde Park for a day of exploration into Chicago history and architecture. First, skip breakfast so we can try Bergenstein’s New York Deli for an early lunch. It’s at 1164 E 55th Street.  I don’t care that it’s only 11am, I’m having Debbie’s Lox Platter, with two bagels, Nova Lox, tomato, cucumber, onion, herd-boiled Egg, cream cheese and olives. Yes, that’s exactly why I skipped breakfast. Perhaps you’d like a Pastrami on Rye, with a good sharp Swiss cheese slice? Or maybe a Reuben,.full of  corned beef and sauerkraut?  We’ve got time to eat and talk, don’t worry. How’s your sandwich?

Now we can take a stroll to the 1pm guided tour at the Henry B. Clarke House Museum, 1827 S. Indiana Ave. the oldest house in Chicago, dating to 1836.  Admission is free, and look around – do you believe this is how middle class Chicago families lived when Chicago was a small but growing town, before the Civil War? While it doesn’t have modern amenities, it’s huge compared to most middle class housing in Chicago today. WOW.

Then we’ll walk the short distance to the Glessner House Museum, 1800 S. Prairie Ave., for the 2:30pm guided tour. The Glessner House if quite a bit different from the Victorian and Greek Revival types we so often see. Take a look, there, at the rough-hewn stone. It was controversial at the time, of course. Look at how different it is from anything else in town.  It’s really big, with a heavy wall enclosing the courtyard, and  the other three sides resemble a medieval stone fortress. But apparently its overall effect made an impression on architects such a Louis Sullivan and Frank Lloyd Wright.

An evening at Kingston Mines, 2548 N. Halsted, is always a great way to end a long, stressed- out week at work. So this Friday, March 27th, let’s get there a bit early, before the music starts. How does 6pm sound? This is great, now we can eat in our usual leisurely way, talking about work, or the kids, or making our plans for the next few weeks, you know, the way we always do. Me? I’ll have the Fish and Chips, please. You? The Shrimp Basket always looks so good, but you might like a plate of BBQ “Wicked Wings”.   I told you I had a stressful week – I need desert and Pecan Pie ala Mode sounds just perfect. You might like the Cheesecake, so have some.

The first set of music starts about 7:30pm. On Fridays it’s always acoustic for the first set, before things heat up for the rest of the evening.  We don’t even care who’s playing, it’s always good music, pure blues mostly, but a lot is blues-style rock ‘n roll. Regardless, it’s always a good time. Aren’t you glad we came early? Once the electric music sets start, it gets hard to talk or hear each other, but we’ll do just fine, and yes, I will have another beer.

That was fun! Now it’s getting late, so we’re heading home and looking forward to tomorrow.  Sleep well, and don’t be late.

Today, Saturday, March 28th, join us please for an early “hot weather” experience at the world famous Lincoln Park Conservatory, 2391 N. Stockton Dr., just south of Fullerton, west of Lake Shore Drive. We’ve been here before, but the exhibits change frequently so let’s just get out of the dreary, damp, overcast Chicago spring weather and into the green, inviting warmth of a fully restored Victorian era glass building, skillfully divided into the lush Fern House, the wonderful colors of the Orchid House, the exotic Palm House and of course, the Show House.

Will you look at that? The Spring Flower Show is in full display! Amazing.  I’m always amazed to find so many more flowers from around the world that I had no idea even existed. Where on God’s green Earth is that purple one from? No, I won’t pick any of the flowers, or feed the fish, or even throw a coin in the fish pond.  I promise.

It’s been a great month, hasn’t it, my friends?  As always, Chicago is full of uplifting, exciting and just plain fun things to do, so until next month, keep adventuring!