The traditions, rules, dates and explanations. The most important about the upcoming holidays 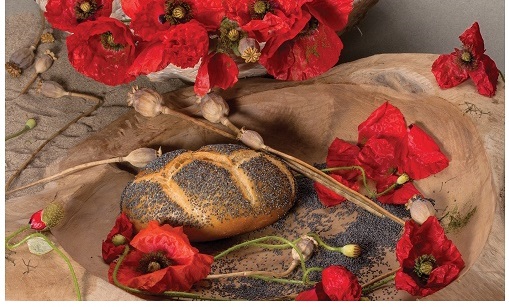 The Christians celebrate three Savior Days in August: Honey Spas, Apple Spas, and Nut Spas. The dates of the holidays remain unchanged from year to year. Spas in Ukraine means “savior” and the “Spases” are three folk holidays marking the end of summer.

It is considered that the holidays were named in honor of Jesus Christ and Savior. 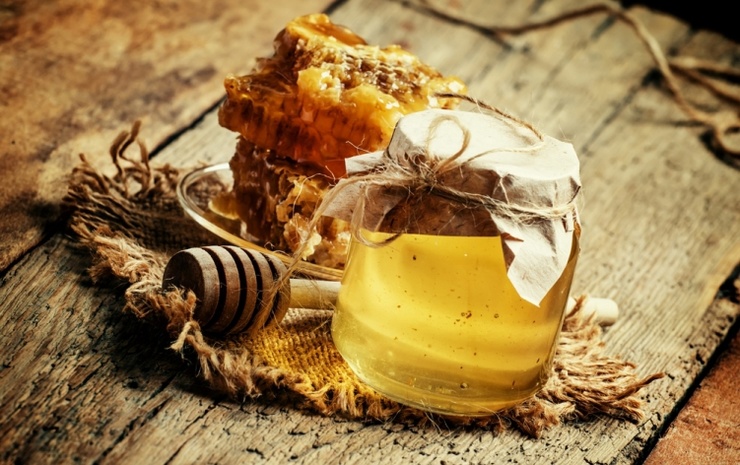 Two-week Uspenskiy fasting begins on Honey Spas. It originates from Byzantine, where in ninth century parts of God’s Cross were carried through Constantinople to clean up the city from epidemics and evil spirits.

Seven martyrs Maccabees are honored on this day. They headed the rebellion for the faith in a singular God. They were harshly punished for it.

Besides, according to the legend, on August 14, Volodymyr the Great was baptized. Therefore, this day people blessed Dnipro water, bathed cattle and cleaned the wells.

Makoviya is not just a religious holiday. Starting from this people began the autumn filed work and honey harvest; the swallows started to fly away and people prepared for the end of the summer.

According to the ancient customs, water, honey and poppy are blessed on this day.  People cook lean borshch with mushrooms and shulyky (buns with a poppy). The bouquets of flowers and grasses “maccabees” are brought to the church. It is considered that if a person does not bless the flowers on the First Spas then the household will not prosper. 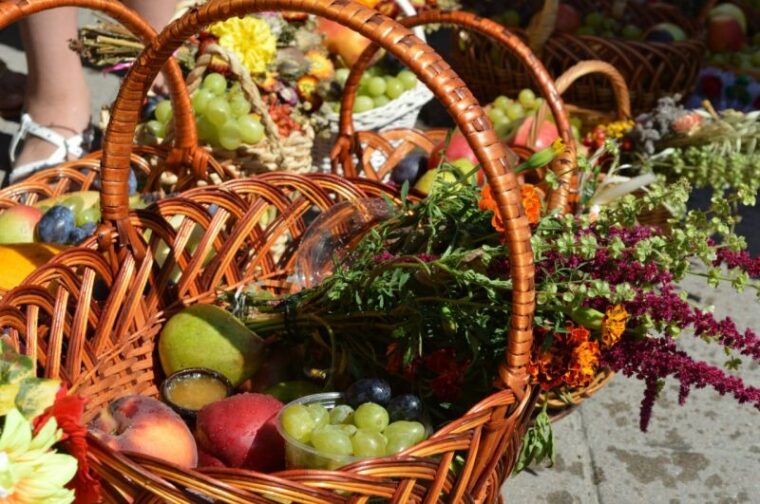 People prepare for the Apple Spas for two weeks. Particularly, they do not eat apples. Especially, it concerns the women who are warned from the sinful deed of Eve.

One more belief: if the parents did not eat the apples for two weeks before the holiday the children will have the presents in the afterlife, including the paradise apples. Children whose parents ate the apples did not get the presents. Due to this, a lot of parents, especially those whose children passed away, considered the eating of the apple before the Second Spas as a great sin.

People bless apples, honey, and peas in a pod in the church this day.

It is considered that on this day all apples become healing. Also, all wishes made during the eating of the apple will come true, so people make a lot of the meals with apples. People also begin preparation of food for winter on this day.

How Second Spas took place, the same January will be. 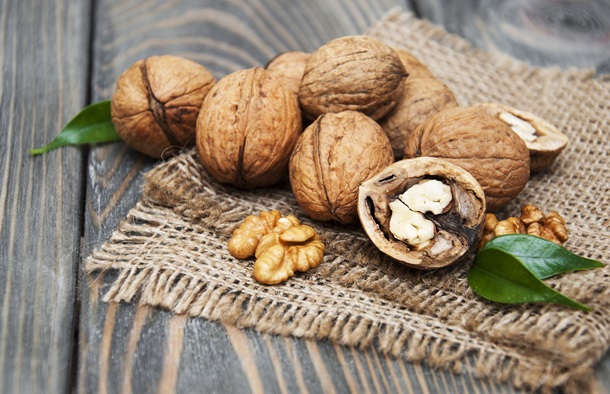 According to the legends, everything began with the visit of painter Ananias to Jesus Christ. Ananias brought a letter to Jesus. Ruler of Edessa city in Mesopotamia who was ill with leprosy asked Jesus to come and heal him. The painter tried to paint the image of Jesus but failed. Then Jesus wiped his face with a towel and his face showed up on it. Later one of Christ’s apostles brought this towel to the ruler and he was healed. On August 29, 944, Emperor of Byzantine Constantine Porphyrogenitus ordered to bring the uncreated image of Christ from Edessa to Constantinople. The holiday was established that day.

Third Spas is called Nut not just for nothing. It is tied with the fact that people finished the harvest until the Third Spas and the hazelnuts are ripened and people gathered them.

In ancient times, people used to have fairs on this Spas so this holiday was also called Spas on canvas or Burlap Spas. It was considered that the trade took place very well on this day. People bless nuts in the church and it is considered that it is allowed to eat the nuts of the new harvest from this day.

The main festive meal is korovai (bread) from the new flour and nuts. Besides, honey and apple should be present on the table. Guests and relatives were served with pies and dishes with nuts. Moreover, there is a custom to bless water and clean wells on this day. It was considered that the water from the ground sources is healing.

Third Spas is also considered to be the time for preparation of apples and these fruits gathered during this period of time are nutritious and stored good. Last swallows fly away on Nut Spas.

On this holiday people used to hold fortune-telling. Particularly, the girls guessed on nuts and got to know their destiny. The first taken nut had to be eaten and a girl had to define its taste. If it is sweet then she will have good luck in love affairs; if it is bitter then she will be disappointed. Besides, Nut Spas is the traditional time for fairs and purchases. People had to buy something on this day not to be short of money next year.

Good hazelnuts harvest means the good harvest of bread for the next year.