For Dniper’s Oksana Shadrina, life in Ireland has been a tale balancing integration and her identity in the Ukrainian diaspora.  Along with her Irish-American husband, Miceál O’Hurley, Oksana has built their family business over the past five-years into one of the most famous artisan ice cream businesses in the Europe.  While building the Fantastic Flavours brand, Oksana managed to start a family with the birth of their daughter Bláithnaid in 2017 and they will add a new baby next month.  Along the way, Oksana has earned a number of prestigious awards for her business and herself personally, including being named ‘One of Ireland’s Most Inspiring Women in Business’.  Not bad for a Ukrainian immigrant-girl born to humble beginnings in the steel producing town of Kryvyi Rih! 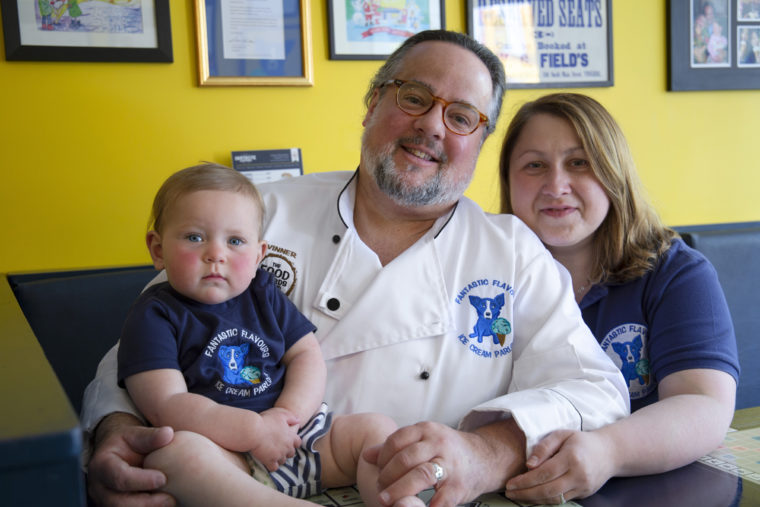 This month, Oksana was recognized with the Cork Business Awards – Customer Service Person of the Year – 2018 trophy.  “I’d like the think the success I’ve achieved is the result of focusing on the needs of others”, says Oksana.  “This award meant a lot to me because it recognized that ethic.”  As a Human Resources Manager and Business Trainer with a Fortune 500 Company, Vodafone Ukraine, Oksana’s team was recognized as the 2015 Best in Service Contact Centre in the World. “I learned long ago that caring for others is the cornerstone of any successful business, large or small, and is essential to a civil society.”

Oksana’s business ethic carries over into her personal life.  Oksana and Miceál are annual patrons to over twenty charities, clubs and civic organizations.  A rare honor for an immigrant,  Oksana was presented with a Proclamation by the United States Congress in 2017 recognizing her business leadership, philanthropic, volunteer and humanitarian works.  Amongst the charities close to her heart is the Youghal Lifeboats (RNLI) who save lives at sea, an important task in her seaside home in Ireland.  With her husband being a highly-decorated combat veteran, Oksana was inducted into the Auxillaries of both the Ukrainian American Veterans (UAV) and the Veterans of Foreign Wars (VFW), two American patriotic organizations devoted to caring for veterans.  Oksana has also been a patriotic supporter of several Ukrainian charities including Patriot Defense, Chernobyl Children’s Charity and other Ukrainian causes. 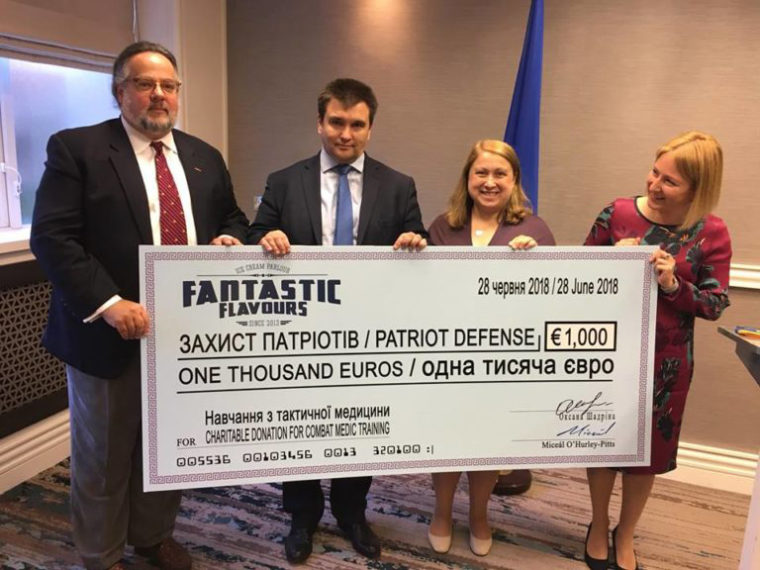 In July 2018, Oksana met with Ukrainian Foreign Affairs Minister Pavlo Klimkin during his official visit to Ireland.  “Minister Klimkin encouraged us to remember our Ukrainian roots, and consider returning home someday to contribute to the upward climb of our homeland on the world stage.  He noted how during his visit to the USA people identified themselves as “Irish-Americans”, “Italian-Americans” and that the diaspora could help the world better identify with Ukraine by adopting the same practice” recalled Oksana.  “So, I embrace being a Ukrainian-American and Ukrainian-Irishwoman with a sense of pride, being a good citizen of my adoptive homes while always being a faithful Ukrainian woman.”  Given the multitude of awards and honors Oksana has received in her few, short-years abroad, it seems that the world is quite ready to embrace Ukrainians who contribute to their new homelands. 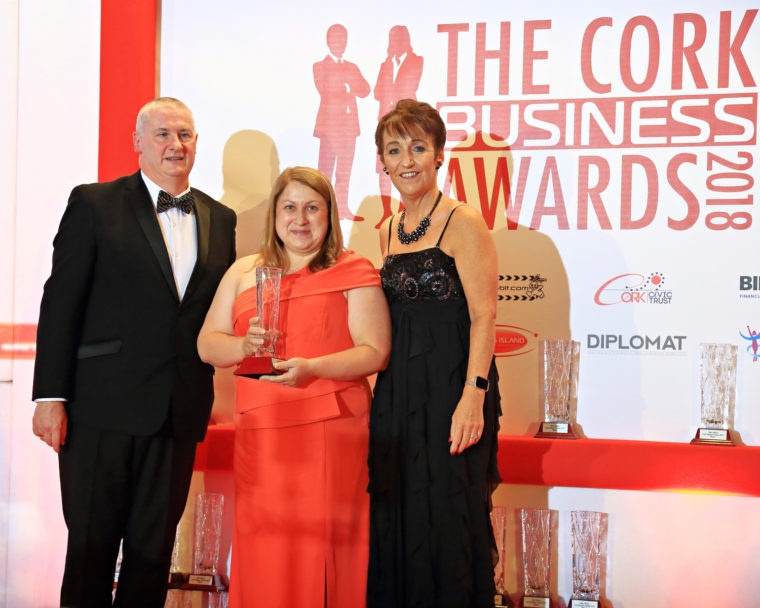 Fantastic Flavours Ice Cream Parlour was founded in 2013 during the economic collapse following Ireland’s ‘Celtic Tiger’.  “Miceál had been making ice cream as a hobby since 1983.  Combining his expertise as an artisan, and mine in customer service, made good sense.”  With only their expertise, €500 and willingness to sacrifice and work long-hours, Fantastic Flavours quickly earned acclaim from the public as well as food critics across Ireland.  As a tourist destination, their reputation also grew across Europe.  Amongst their prizes is winning the Food Awards Ireland – “Dessert Outlet of the Year – 2017.  “It was great surprise” said Oksana.  “I invited Her Excellency Olena Shaloput of the Ukrainian Embassy in Ireland to the dinner.  To my great surprise, when they announced we won, she had to push me forward.  I couldn’t believe a recent immigrant could be so highly recognised.  Having Olena, a fellow Ukrainian, stand next to me as we accepted our award was a great honour.” 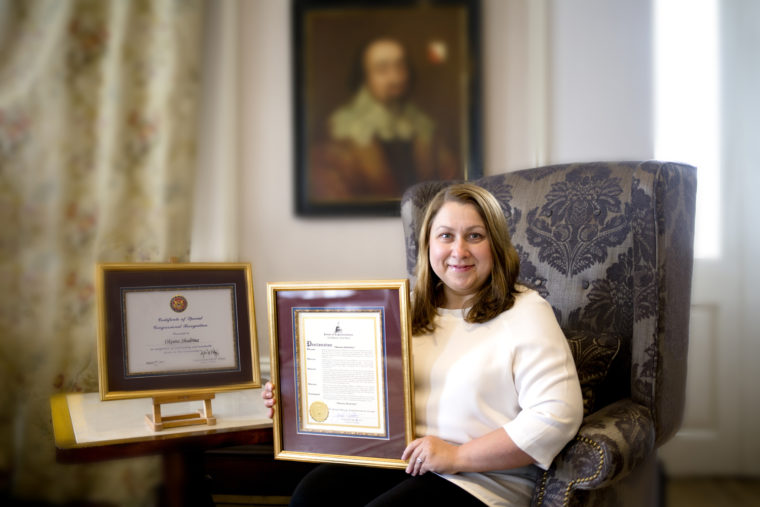 Ukraine is Always on Her Mind

Ukraine is never far from Oksana’s mind.  With her husband, they authored an article, Brexit, Ireland and the Ukrainian Factor, promoting increased Irish-Ukrainian cooperation for Ireland’s largest diplomatic community publication.  Along with her philanthropic commitments to Ukraine, and recently sponsoring recording studio time for the Ukrainian-Emeralds, a Ukrainian-Irish folk music group, Oksana stays in constant contact with her homeland.  “Each year, Fantastic Flavours sponsors a Christmas card using a famous film animator.  This year we were honoured to have Oleg Malamuzh of Animagrad, the Ukrainian illustrators of the award-winning, animated film Stolen Princess, illustrate our Christmas card. It’s really quite an honour for us to promote Ukrainian artists whenever we can.”  Oksana has been a guest on UATV and Radio Ukraine International (RUI). 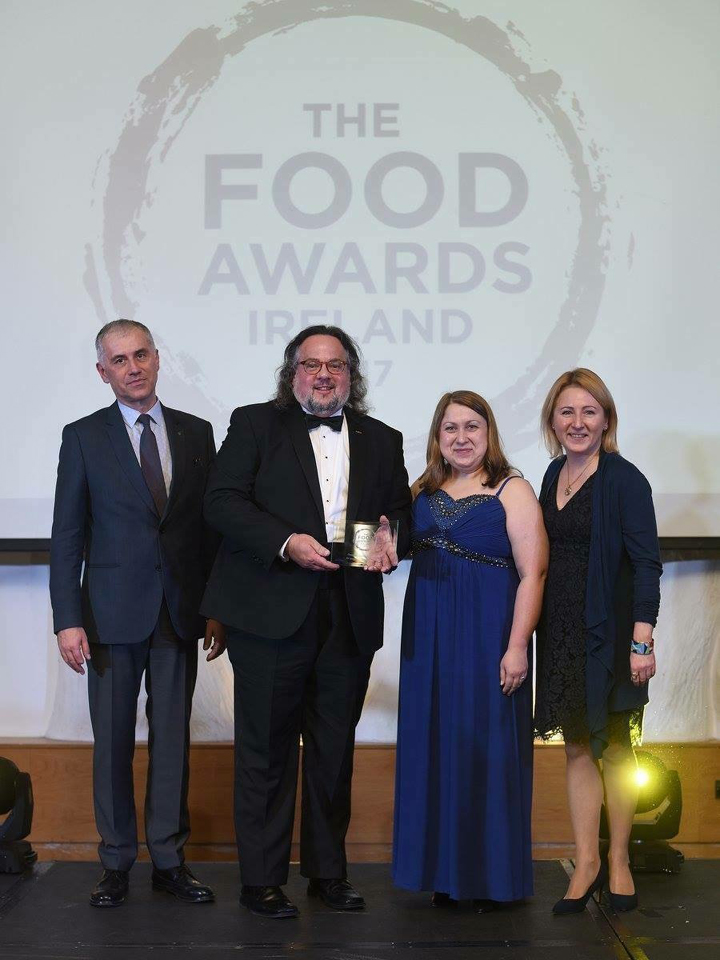 Looking to the Future

Oksana continues to look forward.  “We were featured on People & Perspectives on ABC Television last year (with Ukrainian subtitles).  The response was terrific and we have begun to explore franchising our business into the U.S. as well as Europe, and of course, Ukraine” said Oksana.  “I dream of seeing a Fantastic Flavours in a Ukraine restored to her rightful borders, at peace and prosperous.  Since I can’t serve on the front lines, supporting Ukrainian charities and working for her economic success is my mission.”  With a new baby expected next month, a two-year-old demanding attention, volunteering, her philanthropic work, running a successful business, earning so many awards and franchising the business abroad, it’s easy to see why a recent article called Oksana The Wonder Woman You Need to Know. 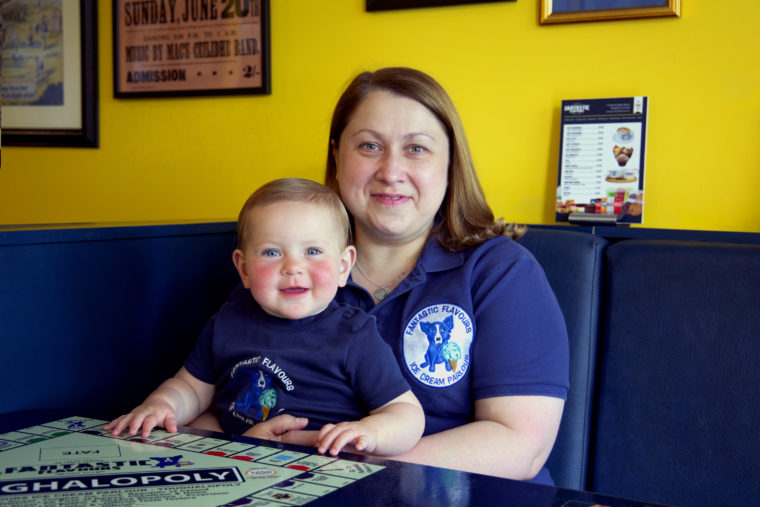 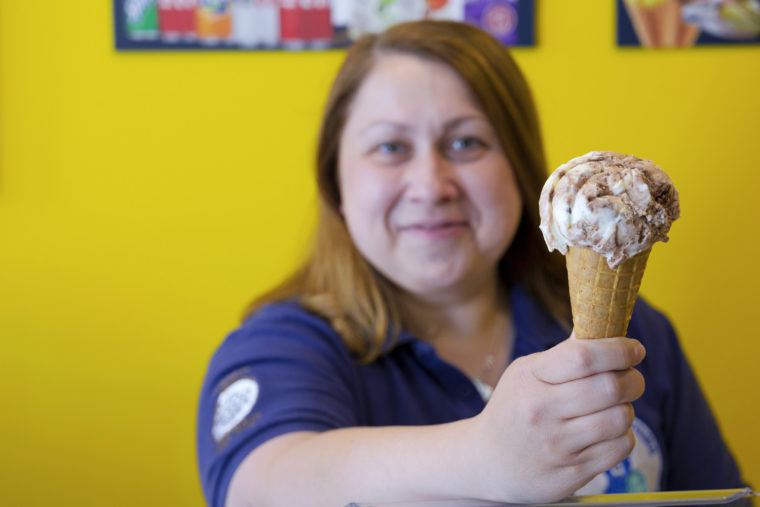