Dear readers, April is here, the days are long and much warmer, and Chicago is calling us to explore.  “Southern Gothic” is still on-stage at the Windy City Playhouse, 3014 W. Irving Park Rd., Chicago, and it is INCREDIBLE!!  Set in a 40th birthday party, in Ashford, Georgia, in 1961, it is filled with friendship, personal history, tensions, arguments, juicy gossip, local politics, and more than a bit of unbridled passion.  The cast seems to have been perfectly chosen for their roles, the acting is impeccable, and the staging impressive.

It’s immersive theater – the small audience (limited to about 30 per show) is actually inside the house.  The party scenes happen all at once, with the obvious effect of being in a real party.  You can’t catch every conversation, but the lines of sight, and flow of the actors and conversation is such that you understand everything that’s going on.  Moving from room to room, following one character or another, one thread of conversation or a different one, is all part of the immersive experience.

This is real drama, filled with folks in the midst of several entangled crises, unhappy marriages, unresolved emotions, physical abuse, political corruption that threatens the entire fabric of the group, and questions arise about infidelity, honesty, happiness and obligation, while this group of friends examines their lives in ways they have been pushing aside for too many years.

I really want to spoil it for you.  It’s with extreme restraint that I don’t blather on with the exquisite details, intricate story lines, particular scenes that are so powerfully moving or gently touching.  You get the idea.  We were mightily impressed with this little, under-recognized theater in the North Center neighborhood.  GO SEE THIS PLAY.  It’s such a great production that the show has been extended through Memorial Day, but they usually sell out, so get your tickets now. 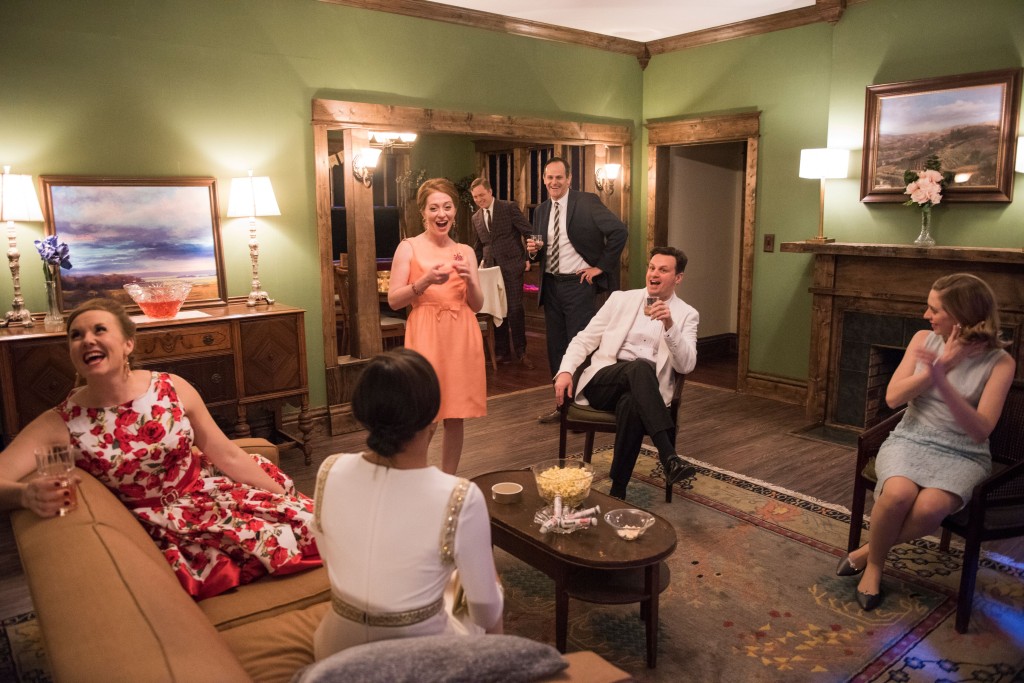 Chicago  as we all know, is a city of immigrants from around the globe.  On Saturday, April 7th, let’s venture out to Naperville for Holi, the Festival of Colors, an Indian celebration marking the change from Winter to Spring. We’ll try new foods,  hear new (to my ears, at least) music, and see traditional dancing, complete with colorful, exotic costumes.  We’ll also grab handfuls of “organic dyed flour” in an array of colors to throw at each other.  Sounds like great fun! Meet us there! http://www.thefestivalofcolors.org.

One week later, April 14th, please join us at the CHIRP Record Fair, in Plumbers Hall, 1340 W. Washington Blvd. Chicago. Yes, it’s a record fair – the chance to browse through boxes and stacks of vinyl records of every kind.  Every notable record store in Chicago will be in this one space, where you can build your collection of Jazz standards, or find that Sinatra LP and surprise your parents with an unexpected gift.  CHIRP is Chicago’s Independent Community Radio Station, 107.1FM, and www.chirpradio.org, run by a fantastic group of volunteer radio-heads with a completely unpredictable playlist.  Give them a listen!

On the Wednesday in-between those two events, April 11th, lets catch a free concert at The Old Town School of Folk Music, 4544 N. Lincoln Avenue, Chicago, because the internationally renown, Russian-born cellist and composer Ian Maksin calls Chicago home and will be honoring us with “his beautiful tone, his own unique innovative style of playing the instrument and for taking the cello well outside its conventional role.” It’s beautiful music; here is our chance to catch the world’s best cellist in a unique, intimate setting. https://www.oldtownschool.org/concerts/2018/04-11-2018-wmw-ian-maksin.

DANK Haus, the German American Cultural Center, stands tall in the bright, entertaining Lincoln Square area.  On the third Friday of every month, there is an open house, called a “Stammitsch,” in the beautiful Skyline Lounge, way up on the 6th floor. This month it’s on April 20th, starts at 7:30 and goes until midnight.  Admission is FREE, while food and drinks, including excellent German beer, can be purchased.  We’ll make new friends, and there is always a theme, trivia contest, even Elvis has been known to appear.  From their website: “It’s a great night for dancing, drinking, eating, and taking in the gorgeous view of the city from the terrace. Alle sind willkommen!” DANK Haus, 4740 North Western Avenue, Chicago, https://www.dankhaus.com. 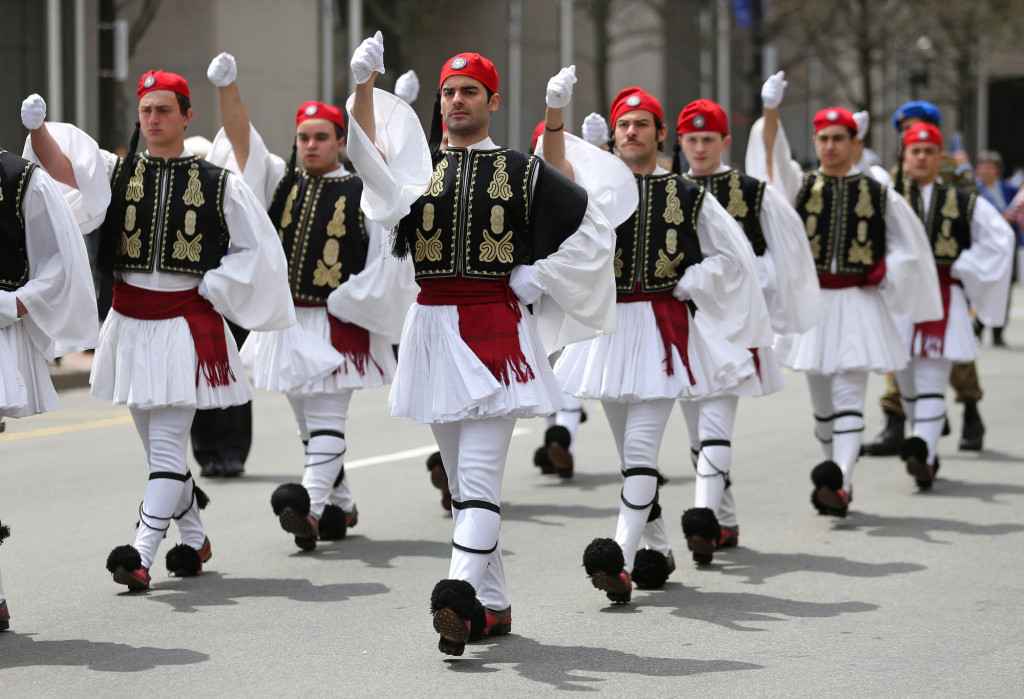 In 1821 Greek revolutionaries threw out the Ottoman Turks. The Greek Independence Day Parade, Sunday, April 29, celebrates the victory in a vivid display of Greek culture, costumes, food, music and so much more.  Introduce yourself to Greek culture, Chicago-style, with this visit to Greektown.  The parade steps off at 2:30pm, on Halsted St., between Randolph and Van Buren, and the celebration continues until 4:00pm.  We will look for you!