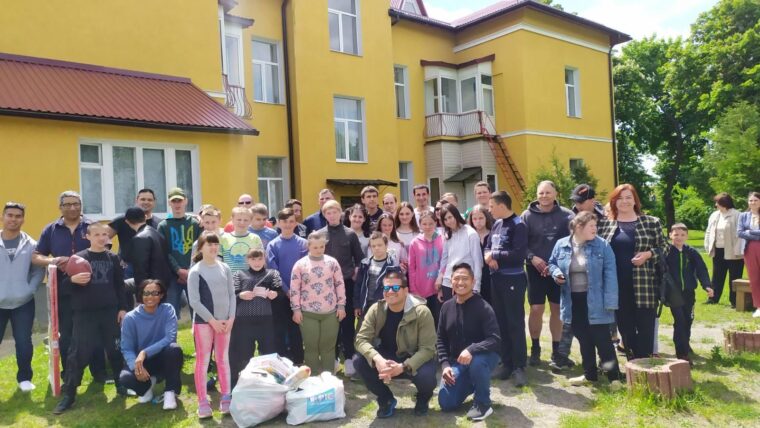 This sentiment, “kindness knows no borders”, has been experienced by the children of the Krakovets Training and Rehabilitation Center. They are children with special educational needs. The small town of Krakovets, which is virtually along the Ukrainian border with Poland, is known for extending a warm and friendly welcome to their frequent guests, namely the soldiers of NATO countries who are members of the Joint Multinational Training Group- Ukraine. They are stationed at the International Peacekeeping and Security Center in the Lviv oblast’s Yavoriv training base. Currently, there are over 300 troops from six countries: United States, Canada, Lithuania, Poland, Denmark, and Sweden.

Why do these military personnel love Krakovets so much? The simple answer is the children, these special needs students who live and study at the school, and who go out into the world from here. In 1958, the five-story building became an orphanage, and over the years its status changed to what it is today, the “Krakovets Training and Rehabilitation Center”.

The year 2017 was perhaps the most challenging time for the teaching staff, parents, and children. At that time, the government began to implement its National Strategy for Boarding School Reform for the period 2017-2026. The facility at Krakovets was scheduled to be closed. The staff and teachers came to the defence of their schoolthrough a letter-writing campaign in which they explained to the authorities that their students would most definitely become lost in other school systems.

It was at this time that Taras Drofyak, a former student at our training centre, who is now an American citizen, teamed up with Colonel Oleksandr Poroniuk, another individual with a big heart who similarly felt compelled to come to our aid. Col. Poroniuk was with the press-office of the Ukrainian Ministry of defence and was responsible for western Ukraine. They approached the media with their idea, who then explained the predicament to the general public. They also brought the Krakovets boarding school to the attention of the American military, who then decided to assume patronage of the institution.

Our school has now been rescued thanks to strong support from the US military. Fifty children are currently enrolled at our school, all with special educational needs, ranging from intellectual disabilities, speech disorders, autism spectrum disorder, and Down’s Syndrome. Our programs include learning social skills, healthy relationships with others, and life skills need following graduation. Consequently, pre-vocational and professional training is offered in the following areas: carpentry, sewing, agricultural and animal care work. The focus is on rehabilitation, skills development, and the social adaptation of children.

None of these programs would be possible without the help, support, and understanding of our benefactors, the American military personnel who have been involved at the center since 2017. When their rotation ends, they entrust this project to their incoming fellow countrymen. In their spare time, members of Task Force Raver, from Washington State, namely Aaron Baumgartner, Miranda Moen, Travis Weinberg, Rachel Bauer along with dozens of other soldiers eagerly helped rebuild our institution. This past summer, thanks to military volunteers, the bathrooms were completely renovated. They made a fence for the agricultural plot, and also constructed sports facilities. A great deal of physical work has been done by these American soldiers, such as clearing the space in the attic of the dormitory, which can soon be used for the needs of children. Chaplain Jeffrey Cole took care of the orphans’ health by paying for their excursions to the Rovesnyk health resort in Chervonohrad, Lviv Region, and providing them with clothes and shoes.

In addition to repairs, the soldiers also help financially, purchasing bed linen, pillows, detergents, hygiene products, educational games, school supplies and stationery for our children. Captain Sean Kelsey, together with Eastridge Baptist Church, have raised funds to purchase pillows and bedding, while Specialists Eaton Potter and Raymond Alonzo bought hygiene products, towels, and curtains. “Soldiers of the Rachel OBGP-U Task Force have volunteered their support financially and in charitable time and energy, ensuring a secure future for our school at Krakovets. The soldiers even began to notice a few surprising changes within themselves. It is true that our children are our future, the next generation, both in the United States and in Ukraine.

Chaplain Jeffrey Cole explains their motivation: “How we love, care for, teach, and express our concern for the next generation reveals the true character of nations and of our own spirit. And we’ve become captivated with the school at Krakovets. It’s a place where the heart and soul of each child is tangibly felt and appreciated. They make every soldier look deep inside themselves, re-evaluating important personal priorities.”

In previous years, chaplains Terry Bell, John Bryant and the military personnel from the State of Tennesseebuilt a playground, bought farm animals to be used as animal therapy and sothe children might learn how to care for them. Such involvement with the animals contributes greatly to the healthy adaptation of children with special needs. They have provided children with blankets, bath towels, developmental games, and exciting gifts for Christmas and weekdays. Chaplain Adam Muda and othersoldiers helped re-paint the hallways and other rooms of the center. They likewise renovated two offices. Greg Baumgartner paid for a bus for the children’s excursion to “Hedgehog Park”, a four-season tubing park.

As for the children, most memorable for them is their interaction with the soldiers, playing soccer, improving sporting skills through workshops, the baseball games they’ve played, the relay races they’ve run, and the parties that have been organized on their behalf. And of course, there have been many delicious meals provided by these good friends with generous and sincere hearts.

Kindness knows no borders! We are convinced of this once again and we hope these people of good will have returned to them a hundredfoldthe good they do! We sincerely thank the US military for its important and timely assistance, for the time they have devoted for all the laudable qualities of their noble humanity! Your support is invaluable, and your kindness makes this world truly amazing and beautiful. May your generosity remain in the heart of everyone who has experienced the good fortune of being touched by your kindness.

May every child of our institution who has felt your warmth and sincerity within their soulin return fill your hearts with moments of joy. Thank you very much, soldiers from a distant country! May the Lord protect you and your families. May the sky above you be forever peaceful, and may the sun always shine brightly upon you! Health to you, happiness and all that is good!

Thank you to the soldiers from these states: New York, Illinois, Tennessee, Washington 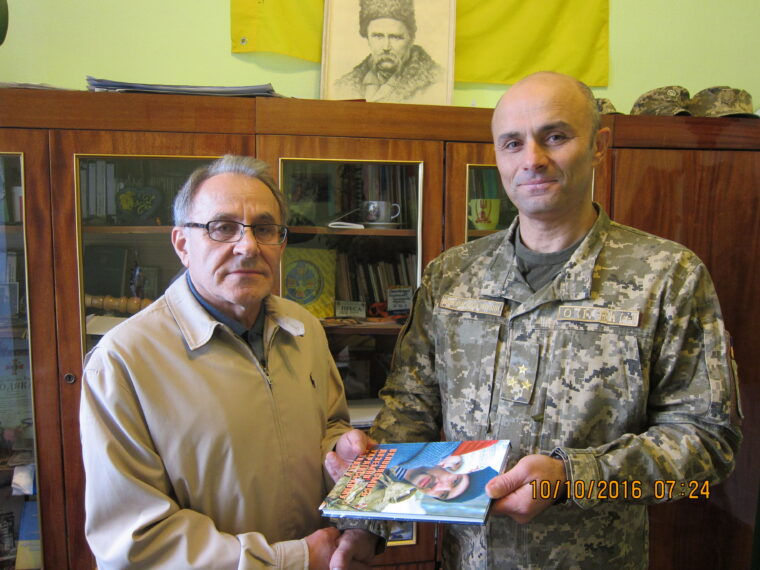 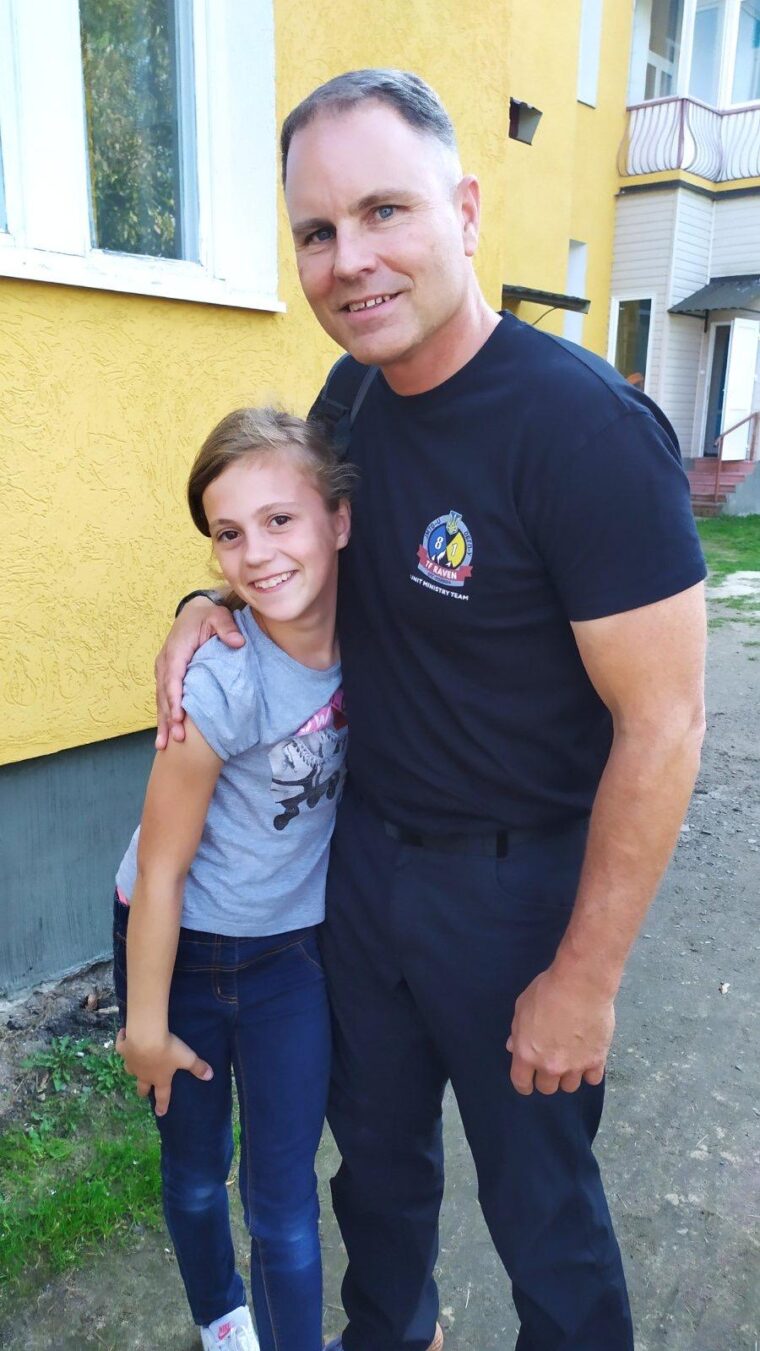 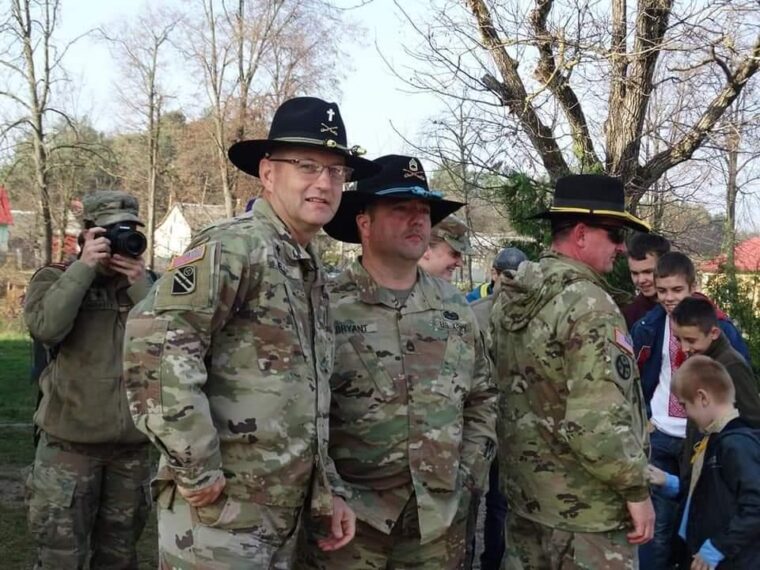 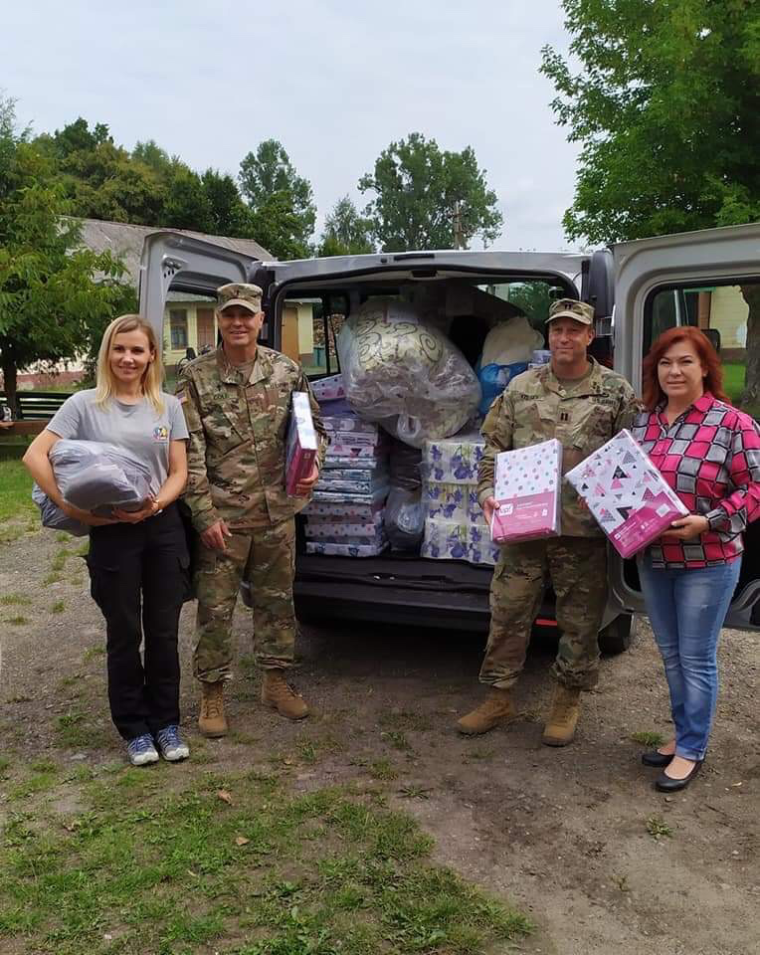 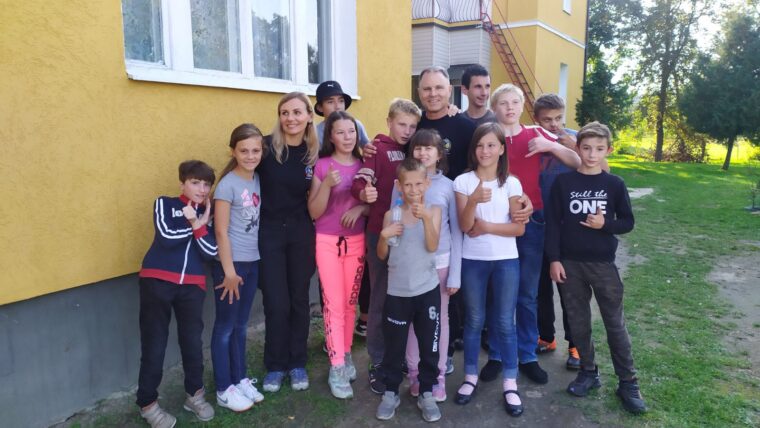 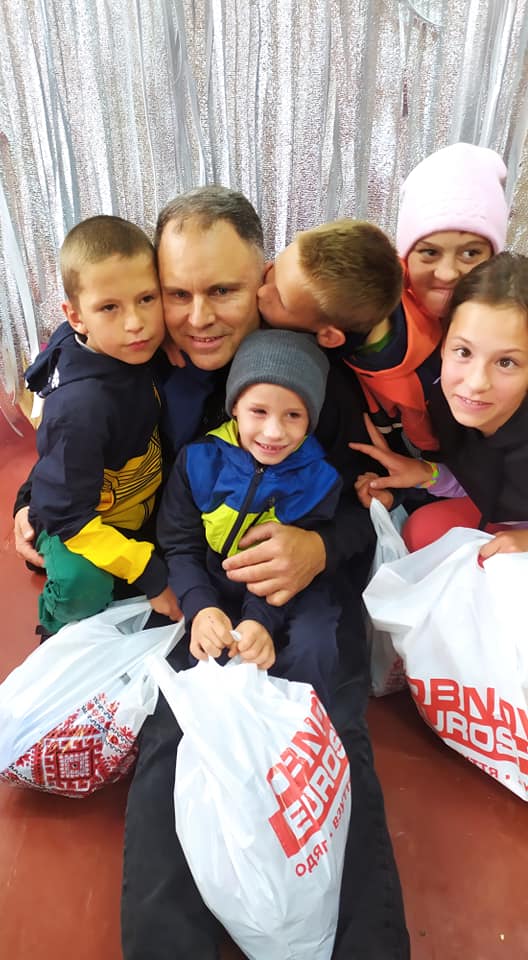 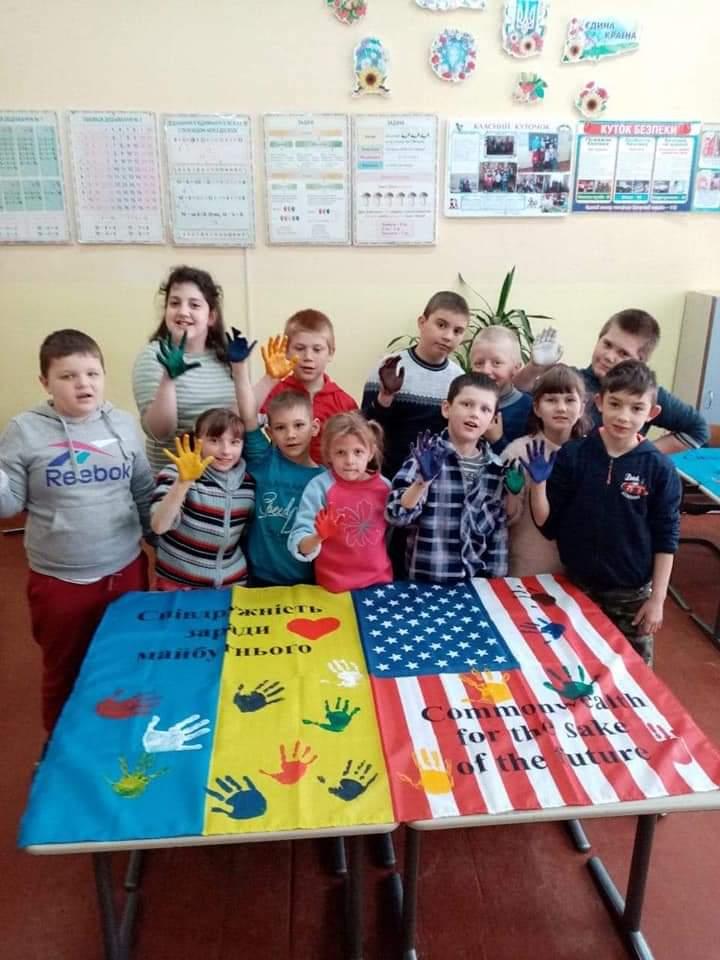 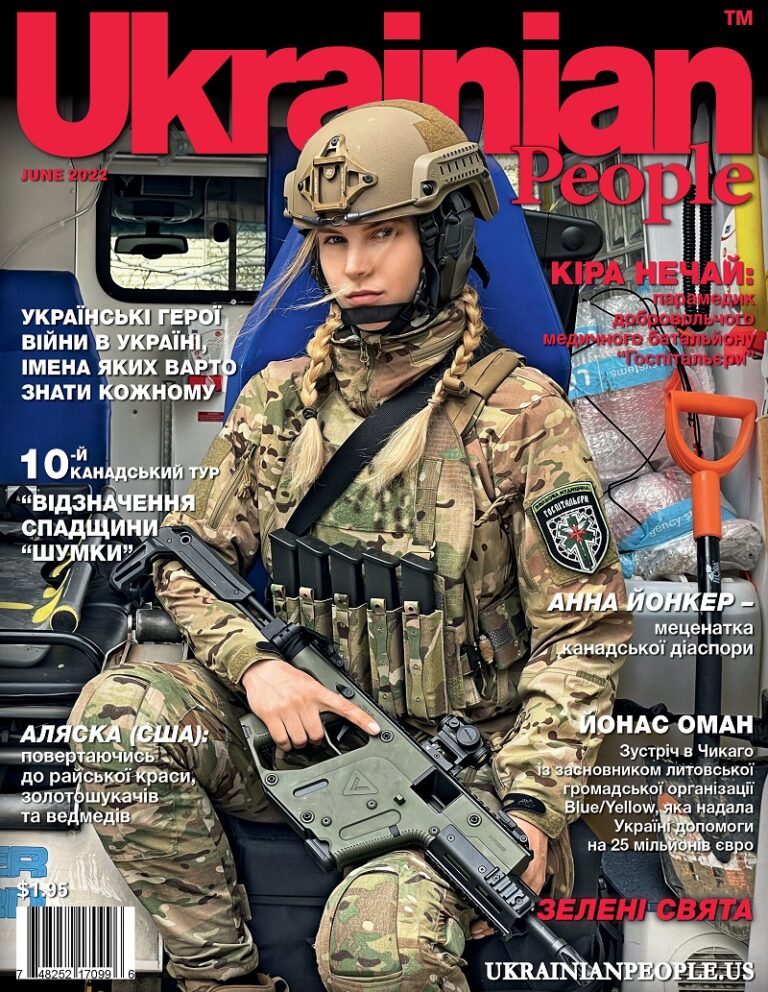 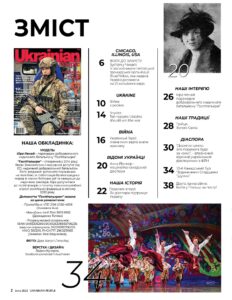